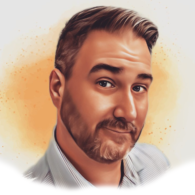 Keith Reeves performed as coprincipal trumpet of the Syracuse Symphony Youth Orchestra under the batons of maestro Charles Peltz, as well as Kazuyoshi Akiyama and Michael Colgrass. He performed as coprincipal trumpet and principal second trumpet of the New York State Summer School of the Arts Wind Ensemble and Orchestra, respectively, under the batons of Conrad Kuchay and Russell Stanger.

Reeves studied trumpet with John Raschella, David Bilger at NYSSSA, and D. Kim Dunnick at the Ithaca College School of Music, where he majored in music education. At Ithaca, he studied composition with Dana Wilson and music theory with Mary I. Arlin, and was a member of the Ithaca College Wind Ensemble under the baton of Stephen G. Peterson.

As a vocalist, Reeves performed as lead tenor with the Jazz Elites at the 25th anniversary gala MusicFest Canada in 1997 and alongside the New York Voices that year, chiefly comprised of fellow Ithacans. On stage and in revue, Reeves has played the roles of Freddy Eynsford-Hill in My Fair Lady (his musical theatre debut), Emile De Becque in South Pacific, Lancelot du Lac in Camelot, Inspector Javert in Les Miserables, and Sweeney Todd in Sweeney Todd. He later musically directed The Wizard of Oz and Camelot.

As a tenor and baritone, Reeves was a tenor with the Ithaca Vocal Jazz and Ithacappella, with whom he toured, and with the Syracuse Vocal Ensemble under the baton of Dr. Robert Cowles.

This is an original through-composed suite for Marching Band, composed for Thomas A. Edison High School in Alexandria, Virginia. It represents various aspects of breaking:

(I couldn’t help but throw in a last little “break” even amid the Finale at 6:41 or so for my own amusement.) The Edison team once again included Mr. Steve Ballard as our pit arranger and Mr. Nathan Tyler as our battery arranger. This was one of the most sophisticated shows Edison had undertaken to date, and it was a privilege to work with these progressive artists once again.

What began as a sparse, pointillist study at some point gained a swing, and a persona: An invisible sylph playing around on an old New York subway.

Pronounced “OWN-sah,” the Portuguese word Onça literally means “Jaguar,” but can also mean “ounce” (the unit of measurement), a play on words regarding the small length of the work. It is found in the scientific name of the Jaguar, Panthera onca.

Without Music: A Story Of, By, and For the Arts
Original Composition
Marching Band, 2010

This is an original through-composed suite for Marching Band, composed for Thomas A. Edison High School in Alexandria, Virginia. It is a narrated, theatrical show concept that “builds” a band from elementary musical components into a concert program, which is then dismantled by “The Man.” I was once again fortunate enough to be able to work with Mr. Steve Ballard as our pit arranger, whose brilliant mallet writing is heard in this file. This is also my first full collaboration with Mr. Nathan Tyler, and I’m really impressed with his battery writing, also heard here.

This is an original through-composed suite for Marching Band, composed for Thomas A. Edison High School in Alexandria, Virginia. It is a story of life, death, and rebirth, including:

The Edison team once again included Mr. Steve Ballard as our pit arranger and Mr. Nathan Tyler as our battery arranger.

Pronounced “CURL-churn-haw-TEH-shock,” the Hungarian word Kölcsönhatások literally means “interactions.” This was the culminating composition of my independent study with Dana Wilson, to whom I am tremendously indebted for his patience and guidance. The work was premiered by Mr. Erik Donough and Mr. Steve Ballard.

T&C5 was my response to an undergraduate assignment from legendary music theorist Dr. Mary I. Arlin. I undertook the challenge to compose a tonal piece of serial (12-tone row) music. (More accurately, a piece of serial music that yielded the appearance of tonality.) Receiving an A on this assignment was one of the most memorable and rewarding experiences of my time at the Ithaca College School of Music. (And yes, it took me five iterations before I was comfortable handing it in.)

Without doubt the most technically demanding piece I have ever composed – more than one person has dismissed it as “unplayable,” though several professional clarinetists have disagreed – what was originally titled Sonata for Clarinet never moved beyond a single movement. It was written during a tumultuous time of my life, and the intransigent almost imperious “pounding” certainly mirrors that attitude.

Two of my arrangements for soprano…

…both performed by Ms. Lauren Synger, are available online at the links above.